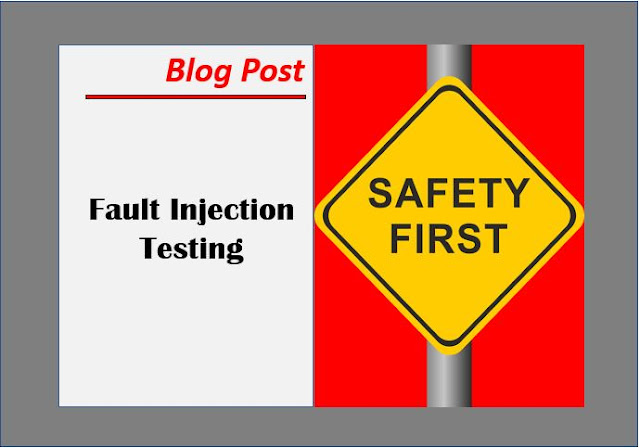 Fault Injection Testing is an age-old testing technique to understand how a system behaves when it is stressed in unusual ways. Nearly half a century back, it all started with simulating failures in hardware. However later, Industries also started thinking about fault injection testing in software, though not exactly called that way. It was performed as part of "Robustness testing" and "stress testing". Even the DO-178B SW Safety Standard for Aviation does not have the term "fault injection testing". ISO26262 has made an attempt to explicitly define what this type of testing means and has provided guidelines on when and how to perform it.
In this article, we have explained what the goal of fault injection testing is and what is the expectation of the ISO26262 Standard on this topic. Further, we have defined  (in our own words) a "Systematic approach" to do Fault Injection tests in Software, so as to maximize its effectiveness.
Before we go into fault injection tests, let's clearly understand what the word "fault" and "failure" means.
Fault is any abnormal condition that can cause a system to fail. A bug in the code, a  "missing" requirement, corruption of a variable during operation, a  clock signal not getting generated, a CAN message not transmitted, a bit flip, each of these is a fault. Faults cover a very broad spectrum of abnormalities  - such as Systematic faults, random HW faults, transient faults, etc.
Failure is the final consequence of the fault wherein a functionality does not work as required. An image not shown correctly in the display, a sound not played, the brakes not applied, the vehicle accelerated at the wrong speed are all examples of failures.
Even though a System is subjected to countless faults, there are multiple "layers" of defense stacked to prevent them from becoming failures. Following the  ISO26262 defined processes and methodologies, defining best practices within the organization to ensure high-quality work products, learning lessons from the experiences gained in the previous projects, all of these act as layers of defense to detect as many Systematic faults as possible. On top of it, we define and implement safety mechanisms that can detect the faults that occur during operation and prevent the failure from manifesting. If a failure occurs during operation over and top of all of these, it is a product of a series of conditions, decisions, and actions.
The Goals of Fault Injection Testing are the following:
The Standard talks about performing Fault injection testing in different levels of abstraction and at various stages of the Safety life cycle, namely System, Hardware, and Software. The diagram below highlights this aspect. 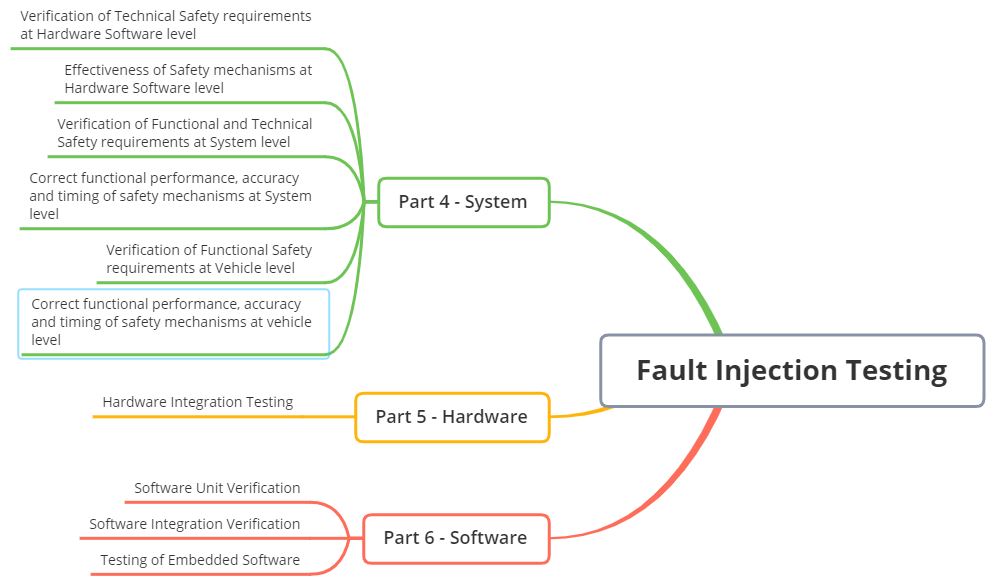